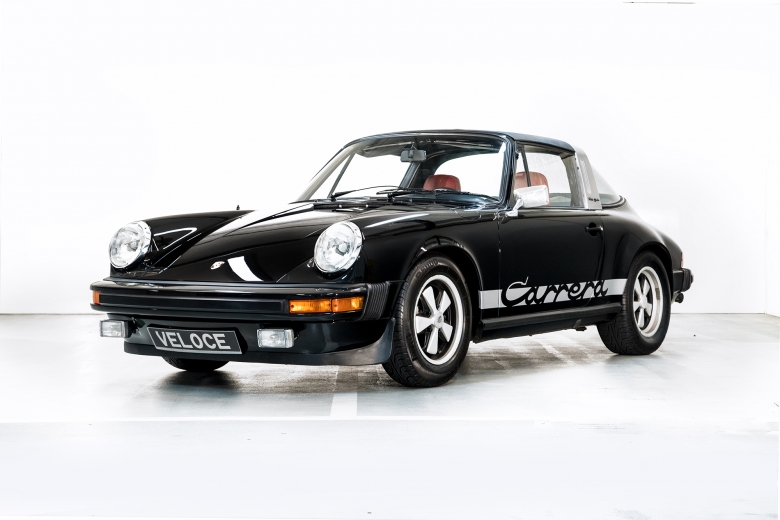 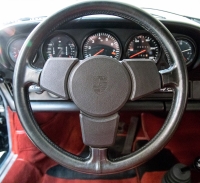 When the production of the Porsche 911 Carrera 2.7L RS stopped, the G-model series emerged.
It was more luxuriously fitted and sported rubber bumpers to be consistent with US regulations.
The Porsche 911 Carrera MFI was fitted with the Porsche 911Carrera 2.7L RS' engine with the Bosch mechanically fuel injection.
Only available on the European market this production which continued to the Carrera name was limited to 1,647 examples built including the Targa version.
You could order the car with the earlier RS' duck-tail spoiler and on the latest cars the more modern spoiler which was first seen on the turbo.
The production ceased in 1976.

The car we offer is a rare European 1974 Targa model.
Brilliant in its original black livery, this car is presented in excellent condition.
The engine was completely rebuilt 2,000 km (1,242 miles) ago.
There are no records of the hours spent on this, but there are Porsche invoices for all the parts required.

The car comes with its stamped service books, owner’s manuals, compressor and original toolkit.
The interior is very impressive and looks like new.
This rare Targa with aluminum roll hoop looks great and is in fantastic condition, on top and underneath, as we were able to check when we inspected the car on a ramp.
The car has also benefited from a bare metal respray and all the rubbers where replaced when it was re assembled.
It also had a full inspection and service by a specialist in 2017.

This Porsche is the direct descendant of the legendary Carrera RS of 1973.
It is easy to see, with its lively and versatile engine and sexy look, why this model is becoming more and more sought after.
One of the best cars out there, European and in a great color combination.
Price: £ 195,000.00

Interested about our Porsche 911 Carrera 2.7 Targa? use the form below and we will get in touch