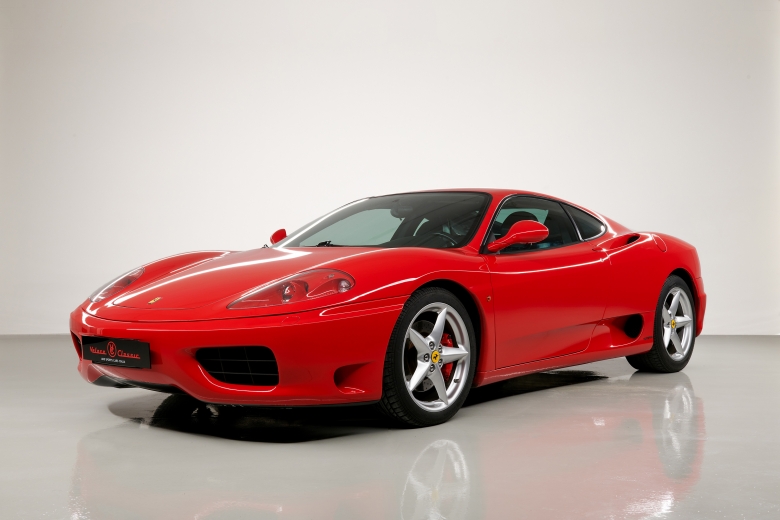 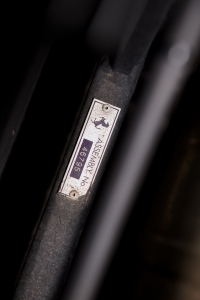 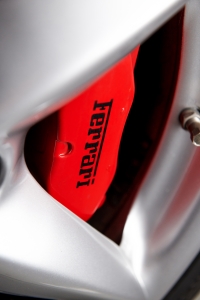 Pininfarina’s design for the 360 was greatly different than the 355, trading sharp angles and pop-up headlights for smooth, flowing lines and integrated clear headlamps.
The 360 also saw the introduction of the clear engine cover that showcases the beautiful engine design; the very heart of every Ferrari.
Everything mechanical about the 360 was new and improved. The aluminum space frame chassis was 40-percent stiffer than the 355’s, and it was much lighter, despite an increase in overall size.
Ferrari’s brand-new 3.6-litre engine only increased overall power by 25 horsepower from the 355, but the 360’s performance was markedly increased due to a drastically lower power-to-weight ratio.
The all-important 0- to 60-mph sprint is accomplished in slightly over four seconds.
This Ferrari 360 Modena F1 presented here is finished in desirable Rosso Corsa (Ferrari Red colour) and combined with a beautiful Black leather interior with red stitching.
An Italian registered car, delivered new in Italy in 2002 and where it lived all its life and has been maintained by official Ferrari dealers with  has a good Service history, books, tools and manuals.
The mileage is a bit more than 60.000km and the car had a recent inspection by Ferrari and will be delivered to its new owner with a fresh Ferrari Service.
Those appreciating alloy body cars are today a great investment as they combine the reliability of a modern car with the mechanical feeling from the past glorious Ferrari’s.
Price: P.O.A
Offered by Veloce Classic Italia

Interested about our Ferrari 360 Modena F1? use the form below and we will get in touch