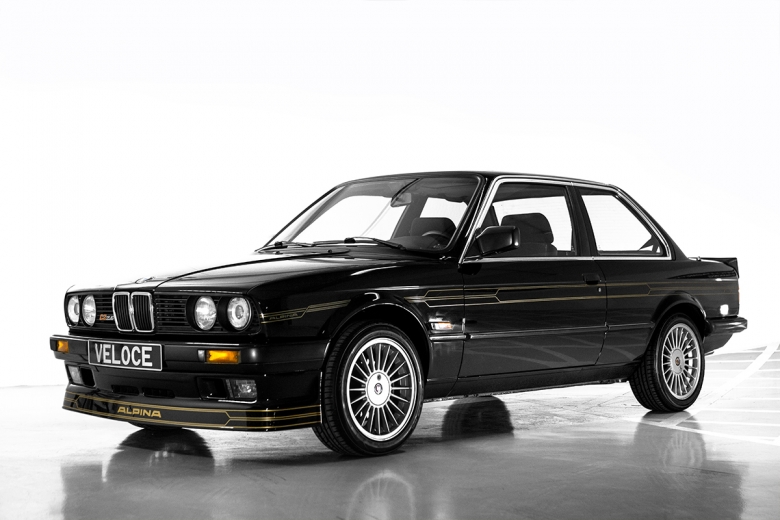 This extremely collectable E30 limited edition Alpina was imported from Japan by a German dealer in 2012 and was sold to a European collector who kept the car in pristine condition. It displays 58790km and comes with some Service history and owners manual.

To find out more or to book a test drive please contact the Veloce Classic & Sports Cars team.

Alpina was established in 1965, pre-dated by its founder, Burkard Bovensiepen, using his skills to produce tuning kits for a range of car brands, including BMW.

Today Alpina, a vehicle manufacturer in its own right - and still a family firm, continues to enjoy close co-operation with BMW. Indeed it is the basis of its continuing success, with manufacturing processes integrated into BMW's production facilities.

In the late '60s, Alpina spread its wings into touring car racing and such was its authority that in 1971, a year after winning the European Touring Car Championship, Alpina was handed the project leadership of the lightweight BMW 3.0CSL Coupe, which in competition guise, was to stamp such an indelible impression on touring car racing.

Today, Alpina produces some 1,700 BMW-based high-end vehicles a year, designed - as was always the case - to appeal to enthusiasts, with performance and individuality at their heart.

The Alpina C2 was based on the E30 323i and was among their most popular early models, providing superior performance over the unmodified car. The extra power is due to Mahle pistons and a special exhaust and ignition system. It also received dry-sump lubrication and a short-ratio five-speed gearbox.

Only about 75 C2 cars were built making it one of the rarest Alpina cars.

For more information on the history of Alpina visit http://www.alpina-automobiles.co.uk/en/

Interested about our Alpina C2 2.5 1986? use the form below and we will get in touch