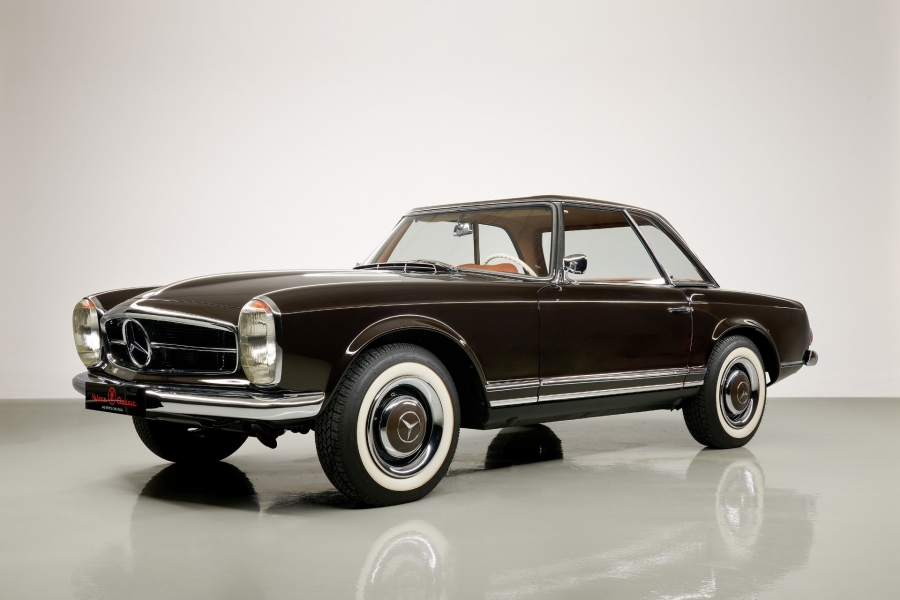 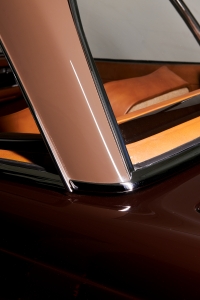 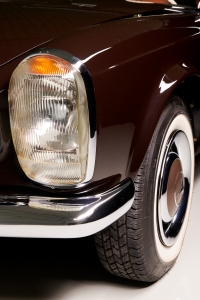 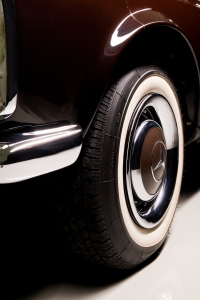 Unveiled in 1963, the W113 ushered in a new era for Mercedes-Benz’s SL sports-roadsters.
The complex and costly 300 SL was no longer viable, and the 190 SL had been criticized for prioritizing style over performance.
While the W113 shared its underpinnings and fuel-injected six-cylinder engines with others in the lineup, the crisp and faultless styling of Paul Bracq and Bela Barenyi established the model as an instant classic.
The unique concave hardtop earned the nickname ‘Pagoda’ which stuck through the car’s entire production run.
The W113 established the blueprint for nearly all future SL models, combining luxurious trimmings, impeccably sophisticated style, and engineering excellence in a motorcar meant to deliver its occupants safely, rapidly, and in unrivaled comfort and style.

ABOUT THE CAR:
Beautiful, elegant, sophisticated, classic, roadster, coupe the Mercedes 230 SL has always been one of the most desirable sports Mercedes-Benz cars in the world.
This one is a stunning nut and bolt restored example with high attention to detail finished in dark Brown with Moca brown hardtop and a tan leather interior creating a breathtaking combination.
Of course, matching numbers this is acar in showroom condition for the collector or anyone with good taste.

Interested about our Mercedes-Benz 230 SL Pagoda? use the form below and we will get in touch